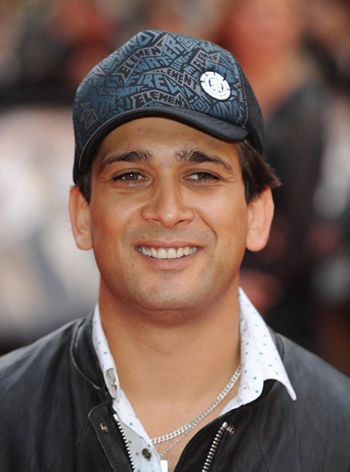 British actor Jimi Mistry has revealed that soon after finding fame he began suffering from Alopecia Areata. The 38-year old, whose career took off when he landed a role in Eastenders as Dr Fred Fonseca in 1998, spoke to the Daily Mail recently about how the pressures of fame had taken their toll on his physical and mental health.

While many actors who become celebrities seem to relish the attention, for Mistry it was at first a living hell. He explained to the paper: “The morning after I first appeared as Dr Fred Fonseca on Eastenders, I was getting the train to work and on the way everyone was saying, ‘Oh, it’s the doctor,’ or, ‘doctor, can you look at my leg?’ I became very agoraphobic and wouldn’t go out. I started getting Alopecia. I thought my life was finished.”

As well as the pressures of being recognised from his work in Eastenders and films such as East is East, the actor explained that he was in psychological turmoil over a troubled marriage, and not knowing who his biological father was.

The exact causes of Alopecia Areata are not known, but it is thought to be caused by periods of intense stress and traumatic events. It occurs when the body’s own immune system begins mistakenly attacking healthy hair follicles, causing them to cease production of new hair, or even die off. This presents as patchy hair loss, with rounded bald patches appearing anywhere on the scalp.

Many people have suffered from this type of Alopecia, as well as its more severe forms, including many popular celebrities. Gail Porter’s struggle with Alopecia Areata is perhaps the most publicised in the UK, but others include Matt Lucas and Patrick Stewart.

In Jimi Mistry’s case the Alopecia would appear to have been short-lived, but for others it can result in recurring bouts of hair loss or even permanent hair loss.

In cases of Alopecia Areata, patchy hair loss is experienced across the scalp. Hair does often re-grow over time, and the condition is receptive to the treatment Minoxidil.

In cases of Alopecia Totalis and Alopecia Universalis, all hair is lost from the scalp or body respectively. Although the condition can be permanent, it is possible that the hair could grow back at any time because the hair follicles do not become dysfunctional, just dormant.

Alopecia can take many forms. If you fear that you may be suffering from Alopecia then get in touch with The Belgravia Centre. Our hair loss experts can diagnose your hair loss condition and develop a tailored programme not only to prevent further hair loss but also re-grow lost hair for mild to moderate (patchy) alopecia areata.

For more information, contact us for a consultation, or fill in our online diagnostic form for a home-use hair loss treatment programme that can be posted anywhere in the world.