Teams at Columbia University in America have been working hard to develop what may be the first effective treatments for severe forms of autoimmune hair loss, Alopecia Totalis and Alopecia Universalis.

Now, in another step towards their goal of having the first Janus Kinase (JAK) inhibitor hair loss treatments ready to release by 2021, the Trustees of Columbia University in the City of New York have been awarded more new patents in America and Japan.

Both are for the JAK inihibitor tofacitinib and were awarded by the United States Patent and Trademark Office on 24th October 2017 and the Japanese Patent Office on 22nd September 2017. 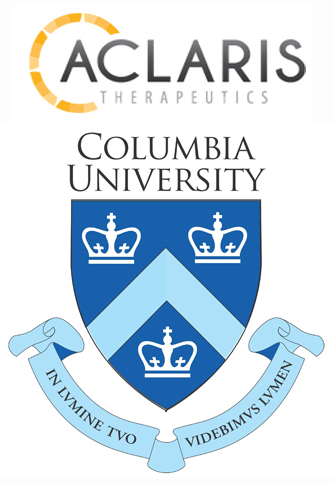 This latest US patent, which was allowed with 66 claims, covers administering tofacitinib topically or as the 'sole active ingredient' in order to treat hair loss or induce hair growth. It specifically states that it may be used in relation to Alopecia Areata - an umbrella term for autoimmune alopecia - and Androgenetic Alopecia, which is more commonly known as Male Pattern Baldness in men, and Female Pattern Hair Loss in women.

The fact that the drug is applied directly to the scalp rather than being taken orally may help to lower its previously concerning side effect profile.

As with their previously granted US patents in relation to potential hair loss treatments, the Trustees of Columbia University in the City of New York have also exclusively licensed this tofacitinib patent to biopharmaceutical company Aclaris Therapeutics, Inc.

Japanese Letters Patent No. 6212107, which has 25 claims, covers 'topical compositions of tofacitinib, as well as pharmaceutical compositions of tofacitinib as the sole therapeutic active agent, for treating hair loss disorders and for inducing hair growth,' according to a press release issued by Aclaris. In June 2016 a previous patent, Japanese Letters Patent No. 5948337, was issued covering the use of pharmaceutical compositions of other JAK inhibitors, namely ruxolitinib or baricitinib, also for the treatment of genetic hair loss and alopecia areata.

JAK inhibitors for hair loss not yet available

Whilst the stream of patent awards indicate that everything is moving along nicely in relation to the development of JAK inhibitors as potential treatments for alopecia, they are not yet available for use. In order for the drugs to be made available for prescription they will need to obtain the necessary approvals from relevant medical regulatory boards. These include the FDA and the MHRA in the USA and the UK, respectively.

Patents simply indicate who owns the rights to a formulation, product or brand name, usually for a specific period of time. Whilst they are important here to those who worked tirelessly to develop the medication in order to prevent competitors - such as Pfizer who are also conducting research and development in this area - from reproducing and selling the drugs, this does not indicate that the treatments themselves are necessarily near approval.

To meet regulators' strict drug licensing criteria, JAK inhibitors - whether topical or oral - will need to pass stringent tests to demonstrate their safety, efficacy and tolerability. This is a critical process which essentially takes as long as it takes to get it right and cannot be accelerated for obvious reasons.

This process can take many years; clinical trials into JAK inhibitors in relation to alopecia areata are understood to have started in or before 2011 as this is when the first patent - listing Dr. Angela Christiano (pictured) and Dr. Raphael Clynes as the inventors - was filed in America. That means they have been in development for at least 6 years already and it is likely to be a further 4 years - or more - before the drugs become widely available, assuming they meet all regulatory and safety requirements.

This realistic insight is not designed to put a damper on what has been achieved to date, however. Whilst there are already effective and clinically-proven hair loss treatments licensed by the MHRA and FDA for Male and Female Pattern Hair Loss, those with severe alopecia areata have limited options. Should JAK inhibitors prove to be reliable and safe treatments that can regrow hair in people with Alopecia Totalis and Alopecia Universalis - autoimmune disorders which cause baldness of the entire head or from the whole body - it could prove a game-changer.

Treatments for Alopecia Totalis and Alopecia Universalis tend to revolve around steroid creams and scalp injections at present, though these have a low success rate. Though the milder, scalp-only form - Alopecia Areata - can often be treated in adults (at Belgravia this is done through the use of personalised programmes featuring high strength minoxidil), these are ineffective in the more extreme phenotypes and cannot be used on hair loss in areas other than the scalp.

Could JAK Inhibitors Be Developed for Frontal Fibrosing Alopecia?'

Could JAK Inhibitors Be Developed for Frontal Fibrosing Alopecia?'