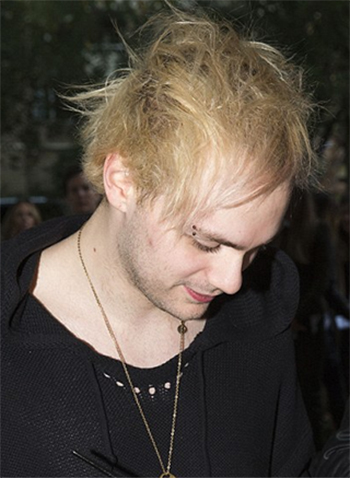 An unfortunate cocktail of genetics, lifestyle choices, bad luck and a rather reckless afternoon at the hairdresser’s may be behind the apparent recent hair loss of 5 Seconds Of Summer guitarist Michael Clifford.

Pictured recently in his hometown of Sydney, the 20-year-old was sporting peroxide blond locks that looked decidedly thin and brittle. Compared to his bandmates’ rather more natural and fuller styles, the Australian musician seemed significantly worse off in the follicle stakes - as the Daily Mail was quick to report.

There are a number of possible causes for thinning hair, including an underlying health condition or temporary shedding due to side effects of prescription medication. However, here we look at the most likely causes in Michael's case, based on a visual assessment from his photos:

This condition, also known as Cicatricial Alopecia, is relatively rare and is caused by inflammation of the scalp which destroys the hair follicles. While there are a number of medical conditions which can lead to extreme inflammation such as lichen planopilaris and pseudopelade, Scarring Alopecia can also be caused by burns, such as those suffered by Michael during a pyrotechnic accident at Wembley last June. At the time, it was understood that only his face was hurt and that his hair had been lightly singed, but it is possible that the injuries to the his scalp were more severe. Scarring alopecia cannot be treated, however, in some cases a hair transplant may be considered; a specialist surgeon would decide this on a case-by-case basis. 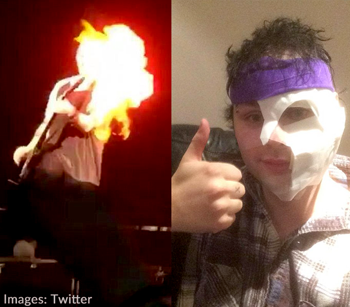 To the horror of Michael's many fans, no doubt, and indeed to the fans of any young male heart-throb, genetic baldness can hit men when they are still in their late teens. Male Pattern Baldness is the most-commonly seen hair loss condition worldwide, and affects a vast tract of men once they pass 40. But being in your 20s, as Michael is, is certainly no guarantee of immunity if your family tree is awash with balding men, there’s a good chance that MPB is waiting in the wings for you, too. Michael shows two of the classic signs of genetic hair loss - thinning on top and what appears to be a receding hairline. Luckily, this is one of the conditions most readily treated at a dedicated hair loss clinic, where a bespoke treatment course, personalised to each client's precise needs, can prevent further shedding and help to regrow lost hair. At Belgravia, using specially selected formulations of high strength minoxidil products from the range available at each clinic's in-house pharmacy, has produced many Success Story-worthy results, especially on stubborn areas of thinning, such as the crown or hairline.

Choosing to bleach your hair, as Michael is known to do regularly, is definitely not something that would be recommended by a hair loss expert because the chemicals used are so famously bad for the hair. What happens is that hydrogen peroxide in bleaching solutions breaks down melanin in the hair shaft, which can weaken the shaft and cause it to snap. This is known as hair breakage, and when hairs break in significant numbers it can create an all-over thinning effect. A good haircut, some intensive conditioning treatments and hair health-targeted food supplements should be able to rectify this type of damage. 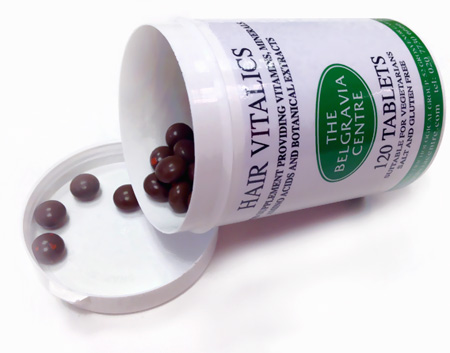 No one joins a band for the early nights and clean-living rock stars frequently have punishing schedules, lousy diets and ready access to cigarettes, alcohol and recreational drugs. While it would be unfair to lump Michael in with this demographic, there is certainly a chance that life in 5 Seconds Of Summer is not exactly a model of clean living, and - even if his diet was entirely healthy despite being on the road - the toll that burning the candle at both ends can take on hair is well documented. Male Pattern Baldness can be exacerbated in those with an existing genetic predisposition by lifestyle choices - including an unbalanced diet, lack of sleep and also the stress of having such a punishing schedule - resulting in triggering or worsening any hair thinning.

All in all, Michael’s hair has been in for something of a rough ride. The good news is that it’s probably not too late to get help, and a personalised hair loss treatment course complemented with the right hair growth boosters, such as Hair Vitalics food supplements to ensure his hair is getting the necessary nutrients for healthy growth, would likely help his ailing locks to get back on track. One thing he could definitely do to help himself, however, is to lay off the bleach and get some early nights.