The charity Alopecia UK recently held a campaign to show people who had lost their hair to the autoimmune condition that they should not let their hair loss hold them back.

As well as fostering higher self-esteem in both children and adults affected by Alopecia Areata, the initiative was designed to raise awareness of the condition. Despite its wide reach, affecting two per cent of the population worldwide, many people can experience loneliness and despair when their hair falls out.

Here are a few examples of inspirational sports stars, from Olympic medal-winners to an England football player, who do not let their baldness get in the way of what they want to do. 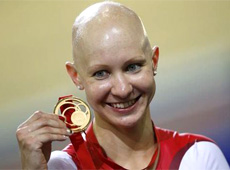 The Team GB cyclist has won a host of gold medals - including one from the London 2012 Olympics - as well as a legion of fans, including the Queen who made her an MBE in 2013. Joanna was left completely bald due to an extreme version Alopecia Areata - either Alopecia Totalis and Alopecia Universalis - by the age of 11 and also lost her eyebrows. Whilst she does not wear it to compete, she often sports a wig. 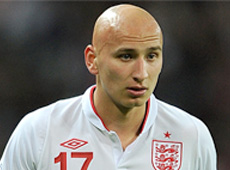 England international Essex boy, Jonjo Shelvey has no eyelashes or eyebrows in addition to being bald, due to Alopecia Totalis. This is a more severe version of Alopecia Areata which affects the whole head. The Swansea footballer was diagnosed as a child and has helped other kids with the condition after remembering how hard it was for him growing up. 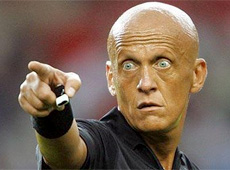 This well-respected Italian also lost all his facial hair to Alopecia Totalis and his bald look has made him one of the most recognisable referees ever. A trained financial advisor, Collina's love for the beautiful game saw him rise to the top of his profession during his 17 year career in domestic Italian and international football, including presiding over the World Cup Final in 2002. He was awarded the 'Best Referee of the Year' award for six consecutive years before retiring and now acts as an advisor and consultant for UEFA, the Italian Referees Association and the Football Federation of Ukraine, as well as making celebrity appearances, such as refereeing charity matches like Soccer Aid. 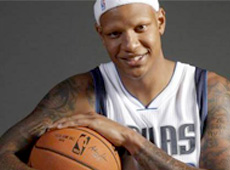 Standing 6 feet and 11 inches tall, you would not expect Dallas Mavericks power forward Charlie Villanueva to be the subject of much bullying but when he was younger it was a very different story. Struck by Alopecia Universalis as a child, Villanueva grew up in a tough area of New York with no hair on his head or body, and was often taunted by other kids. The National Alopecia Areata Foundation spokesman wrote an open letter to those bullies and hopes to help others by making a movie of his life story to raise awareness and understanding of the condition. 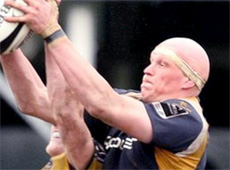 Praised as one of the best line-out takers in rugby, the former Worcester Warriors lock is now an ambassador for Autoimmune Alopecia Research UK (AAR-UK), a charity which is trying to build the UK's first biobank for researching alopecia areata. Its hope is to eventually find a cure, particularly for the more severe forms of this disorder, including Alopecia Universalis which Gillies developed in 2002, and which caused him to lose all his hair from head to toe.

Although high strength minoxidil has been seen to produce significant regrowth results in Belgravia clients with the milder, patchy form of Alopecia Areata, there are currently no realistic, effective treatments for Alopecia Totalis and Alopecia Universalis. The current investigations into JAK inhibitor treatments such as tofacitinib (Xeljanz) are, however, proving promising and give hope to those who find it difficult to accept their baldness.