Post-pregnancy hair loss is not uncommon as the body battles to regain a sense of normality after so much hormonal, emotional and physical upheaval. 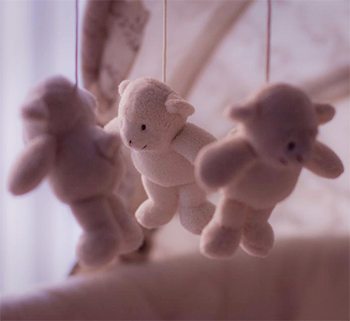 Whereas some post-pregnancy hair loss cases do lead to noticeable thinning, this is not true every time. Postpartum Alopecia the main cause of hair loss after childbirth occurs around two to four months after the birth, and while it can be alarming, the hair that is being shed is actually just the scalp’s way of getting rid of excess hair that a pregnant woman has effectively been “hoarding” before the birth. It is a form of the temporary hair loss condition called Telogen Effluvium.

The growth of each and every hair has three distinct cycles: growth, which lasts between two and eight years; resting which lasts about three months and then shedding. During pregnancy, hormonal changes mean that some women see a marked thickening of their hair as the resting phase of the hair growth cycle is suspended.

Then, once the pregnancy is over, these “excess” hairs start falling out from all over the scalp causing palpitations to unsuspecting mothers who naturally assume this to be the start of a serious hair loss condition. In some cases the hair thinning can indeed be noticeable and rather troubling, often being most visible around the temples and at the parting which can start to look wider than normal.

The good news is that post-partum hair loss very often sorts itself out naturally within a few months and, for those who want a helping hand, Belgravia has had considerable experience and success in using personalised telogen effluvium treatment courses, featuring clinically-proven components, to accelerate the regrowth process.

The TV star was seen with noticeably thinner hair following the months after the birth of her daughter North West, and while Postpartum Alopecia was deemed the most likely cause there was also speculation that a strict diet and fitness regime that she adopted after the birth could have played a part. Because the hair is so sensitive to lifestyle changes, diet and exercise have been mentioned as a possible cause of hair loss in many cases.

Hollywood actress Selma was snapped sporting thinner-than-normal-looking hair following the birth of her son Arthur Saint. The star, who famously played Kim Kardashian's mum, Kris Jenner, in American Crime Story: The People v O. J. Simpson, said that hair started falling out around three months after the birth, and even told People magazine that: “I need to take longer showers so that I can collect the hair that falls out and throw it away so I don’t clog the drain.”

When the EastEnders actress, then 22, gave birth to a daughter she named Ella, she noticed that her hair was thinning soon after and took to Instagram to post some snaps. Alongside one photograph she wrote: “For all the new baby mummy’s that might be losing some hair after birth, I’m right here with you, I think it’s starting to slowly grow back, so it’s all good guys!!”

Goldie Hawn’s arguably more famous daughter revealed that she experienced Postpartum Alopecia following the birth of her son, Bingham. Back in 2012 she old Reebok magazine that hair loss didn’t happen almost a decade earlier when her first son was born, but that with the birth of her second “I got acne, all my hair fell out after he was born, and I definitely had to work out to drop the weight.”

Former Bond girl Britt endured severe hair loss after the birth of her third child. The Swedish actress told the Daily Mirror that “It grew really thick when I was pregnant”, only to start disappearing in clumps once the baby was born. Unfortunately, the hair loss persisted, prompting the actress to spend thousands on “shampoos and conditioners that were meant to give your hair body.” They didn’t work.

From her own tumbling long waves - whether red, brown or strawberry blonde - to the blonde bob she sported in The Long Kiss Goodnight, American actress Geena Davis has always had instantly recognisable, covetable hair. So, when the Thelma and Louise and Commander-in-Chief star experienced thinning hair due to Postpartum Alopecia following childbirth, after she became a mum in her 40's, this hair loss must have been especially distressing.

Novelist Giovanna, who is married to McFly and McBusted frontman Tom Fletcher, posted on her Hello magazine blog that she was experiencing Post-partum hairloss after the birth of their first child in 2014. “It’s only now that I’m noticing baby hairs coming through on my bald patches on my hairline that I’ve really started realising how much I’d lost,” she wrote of her thinning temples.

The American singer and TV star lost hair to Postpartum Alopecia following the birth of her son Logan in 2013. Taking to Instagram to vent, she captioned a selfie: “When u HAVE your baby (my son) your hair falls out!!”

The one-time Atomic Kitten singer-turned-TV-personality and 'Loose Women' presenter lost some of her hair after the birth of her fifth child. “Hate the fact my hair is falling out soooo much since I’ve had the baby!” she wrote on Twitter at the time. She later tweeted that she couldn’t wear her hair down as it was “all snapped on top” and made her look like “Gizmo from the Gremlins.” When the hair snaps along the shaft rather than falls from the root, this is likely to be cause by hair breakage - a form of styling damage often seen in people who bleach or heat-style their hair frequently.

The former Coronation Street and I’m A Celebrity star was recently pictured on holiday with her one-year-old daughter in Mallorca and seemed to be sporting rather thin-looking hair. It is somewhat unusual for Postpartum Alopecia to still be evident a year after birth, which may mean the actress has developed Chronic Telogen Effluvium - also known as Diffuse Thinning, a condition seen as a general all-over thinning that can be triggered by child birth as well as stress (among other things). Additionally, Helen has previously been seen with hair loss that is thought to have been caused by hair extensions; these have a habit of pulling excessively on the scalp, leading to a condition called Traction Alopecia. It is possible, therefore, that she is showing evidence of not one but two hair loss conditions.

Both these conditions can be treated, either individually or simultaneously, and Belgravia has seen many successes from its approach which involves topical applications of high strength minoxidil combined with various hair growth boosters.

What Happens to Your Hair During Pregnancy?

What Happens to Your Hair During Pregnancy?