10 Bollywood Stars Who Have Had Hair Loss Surgery

When your next job hangs as much on your appearance as your skill as a performer, it is little wonder that “hair loss” is the single most dreaded terms for actors all over the world.

What is certainly no secret is that many actors take steps to deal with Male Pattern Hair Loss, the genetic condition that affects around half of all men by the time they reach their 50th birthday.

Their options are surprisingly wide-reaching. At one end of the scale are wigs, with some “hair replacement systems” now quite an impressive if often expensive possibility for those who have no other options open to them if they have left it too late to deal with their baldness any other way. At the other end is Male Hair Loss treatment, which makes the most of clinically-proven, MHRA licensed and FDA approved products to stop hair loss and to encourage hair growth. 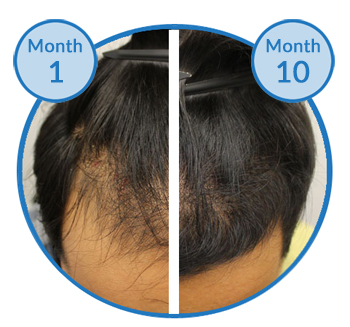 
Somewhere between these two options are hair transplants, which get a lot of press because when a man signs up for one he has no place to hide. Whereas pharmaceutical hair loss treatment courses can lead to stabilisation of shedding often accompanied by gradual regrowth. Often mistakenly, surgical hair transplants tend to be seen as more of an 'instant fix'. They usually require patients to follow a hair loss treatment course both before and after surgery.

Top surgeons often recommend following a course that includes at least one or both of the only two clinically-proven male hair loss drugs, finasteride 1mg and high strength minoxidil, for at least six months prior to a restoration procedure. This is to prevent shedding and maximise regrowth, giving the client a clear idea of the results they can achieve without surgery and to make the area easier to work with if they decide to go ahead.

Using treatments after surgery is important in order to prevent hair loss in the areas surrounding the new grafts. This on-going aftercare is necessary in order to preserve the transplant results given the hair around the top of the head that borders the new implants remains just as susceptible to the effects of DHT as before the operation. If preventative measures are not taken, the hair can therefore continue to thin as the DHT gradually destroys the follicles, causing an unnatural appearance where the transplanted area can appear to be surrounded by thinning hair.

India’s Bollywood movie industry is rife with men who have had transplants  as singer Lakhwinder Wadali recently told The Tribune India: “Who doesn’t get bald? Besides, the kind of work we are into, our hair suffers the most because of exposure to various chemicals and bleaches. So, what is the harm in getting a correction done? Don’t we take medicines when we fall sick, so why shy talking about it?”

10 Bollywood stars who have had hair transplants


1   Amitabh Bachchan
This well-known Mumbai-based actor, who is now in his 70s, first started losing his hair back in the 1990s, around the same time that his career was stalling. He had a hair transplant and went on to make a successful comeback. Today, however, he is thought to wear a weave.

2   Sanjay Dutt
A biopic about this Bollywood legend is currently in production and due for release around Christmas 2017. It is said that after being extremely popular in the 90s, the Naam star’s career started going downhill due to his receding hairline and, after going bald purposely for his role in Agneepath in 2012, he had a hair transplant in Dubai. A few years ago, a list of the top 100 grossing Hindi films of all time contained 20 that Dutt had appeared in. 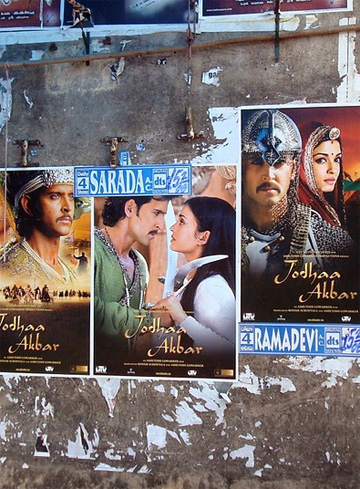 3   Salman Khan
This award-winning actor, producer and singer has been a Bollywood mainstay for more than two decades. Speculation has been rife since 2007 that he had a transplant in Dubai to help fix his thinning hair. It is thought that a previous surgery to restore his hair in 2003 went badly.

4   Lakhwinder Wadali
A singer rather than an actor but still a big name on the Indian celebrity circuit, Wadali’s transplant was performed at Dr Tejinder Bhatti's Darling Buds hair transplant Clinic in Chandigarh, which is said to be very popular with local celebrities.

5   Shari Mann
Another singer, but this time one who acts, too. On India’s Darling Buds clinic website, his name appears on a list of Indian celebrities who have “acquired fringes”.

6   Himesh Reshammiya
According to the Aswajith Online website, Reshammiya who produces, writes and sings, as well acting turned to caps, wigs and finally to a hair weave as his hair started to thin. The celebrity’s most recent style, says Bollygraph.com, is the “smart avatar” look; silky long hair which he loves to flaunt.

7   Aditya Pancholi
This 52-year-old movie and TV star is thought to have used the same Dubai clinic as Salman Khan. He is reported to have first tried a wig to conceal thinning on the top of his head but didn’t like wearing it.

8   Gavie Chahal
Punjabi actor Chalal shot to fame in 2012’s Ek Tha Tiger and though only 38, was sufficiently bothered by hair thinning that he signed up for a transplant at the Darling Buds India clinic.

9   Hardy Sandhu
Yet another client of the Darling Buds Clinic (who are said to have performed around 60 per cent of all Bollywood hair transplants), Sandhu is only 30 and proves that genetic hair loss can strike long before middle age sets in. As well as appearing in movies, Sandhu is a well known singer and was also a serious cricketer before switching from sports to the entertainment industry.

10 Paresh Ganatra
A leading Bollywood star and comedian who had been balding for almost five years before he took action and went under the knife at the Darling Buds clinic. He says that his thinning hair had been affecting his self-image and his confidence. The clinic states that this Follicular Unit Extraction (FUE) method has “lesser downtime” and that actors are able to return to work much faster than with any other technique.

While Belgravia has many clients who are of Indian heritage, treatments cannot currently be sent to India.

Indian Men Getting Hair Transplants to Succeed at Work

Indian Men Getting Hair Transplants to Succeed at Work